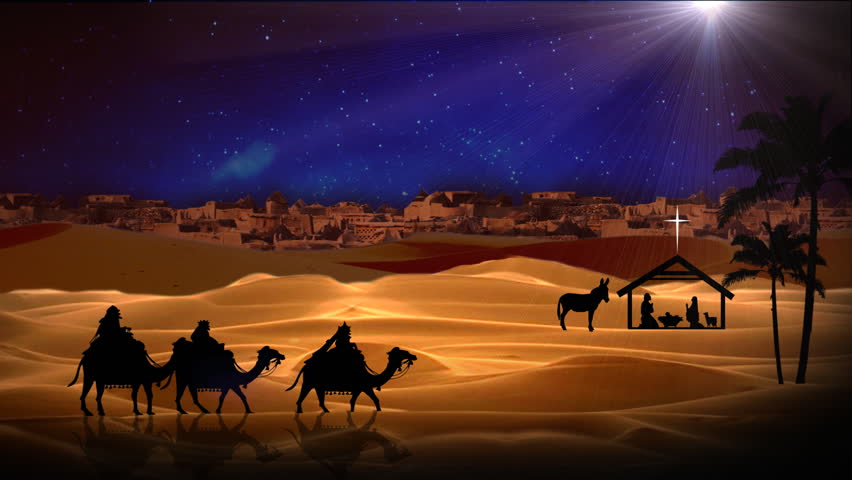 SUNDAY, SOLEMNITY OF THE EPIPHANY OF OUR LORD

Reading 1: Is 60:1-6 The prophet Isaiah foresees the glorious return of exiles to Jerusalem, but the vision really envisions the coming together of Jesus and the Gentiles in the person of the three astrologers.

Reading 2: Eph 3:2-3, 5-6 Paul reveals the secret of his apostolate: he is sent by God to proclaim the Good News of salvation to the Gentiles, whom God had chosen to be co-heirs of the kingdom with the Jews.

Gospel: Mt 2:1-12 We are present at the arrival in Bethlehem of the three astrologers who come with gifts to adore their Lord.

Many scholars agree that in ancient times, in what is known to us as the Middle East, the magi – from which come the words “magician” and “magic” – were astrologers. These were men who studied the skies and found meaning in the movement of the stars and the planets. They were known as wise men, were influential in determining courses of action, and were often well respected and very wealthy. Hence, the new star that appeared in the night sky, must have garnered a lot of interest amongst these astrologers; definitely more than just the three. Why then, did only three choose to see it as a sign and a call to set out on a journey?

One can imagine the other astrologers saying to these three, “Why are you setting out on this foolish endeavour? Why would you possibly leave everything, when here you are comfortable, well known, have status and success, and all that is part of the good life?” And perhaps the three could only offer this sense that there was within their hearts a hunger, a need, a drive for the “more”. This star represented a heavenly call, a stirring within them that gave them the incentive and the courage to leave behind what had given their lives meaning; that gave them the strength to set out on a road that risked everything. Even with the conveniences their wealth offered, it would be a long and painful and even, possibly, perilous journey. What kept them going was the call – the star that travelled before them. It helped them endure the inconveniences and hardship of leaving behind all the good things they had known.

Thus, it is easy to imagine their joy when the heavenly sign came to a stop over Jerusalem. There, at last, they hoped to find what they were looking for. They went, as was expected, to the king and to the wise men of that royal city. They asked where the new beginning was happening; where the new king lay, that was to bring about a new world. Instead, what they found were lies, insincerity, and jealousy. Once outside the city walls, the star reappeared, leading them to small village in the country where the heavenly sign stopped again. And there, in a little house, they found a new-born child in the arms of his mother. The woman and her husband were poor folks. This child had been born, not in a palace, but a stable.

There must have been a moment when the magi asked themselves, “It is for this poor child that we have left everything and made the journey? After all that we have been through, this is what we find?” But suddenly something happened within them, as if the sign from heaven had entered into their hearts and minds, and they knew that they truly had found what they were looking for. In what seemed so little, so poor, so insignificant, they discovered ‘the more”. The heavenly call gave them new minds and hearts. And kneeling, they adored him. They gave him gifts of gold, frankincense and myrrh. Whatever significance history has given these gifts, we know they gave the best they had. Having spent a few days as part of this simple scene, the Gospel says that the magi went back by a different road. And when they returned home, what they had seen and experienced – the “more” – changed them forever.

Epiphany means “discovery”. And that makes the story of the magi our story. Like them, attentive to our call and hunger for the “more”, and faithful to the struggles that are part of our life’s journey, we too come to find the wisdom and power of God in the poverty, vulnerability, and beauty of a little child. We, too, can never be the same again. This is the story of conversion, of our search, sometimes amid plenty; and the call to find our star, and to follow it on a different road towards a life changed forever.