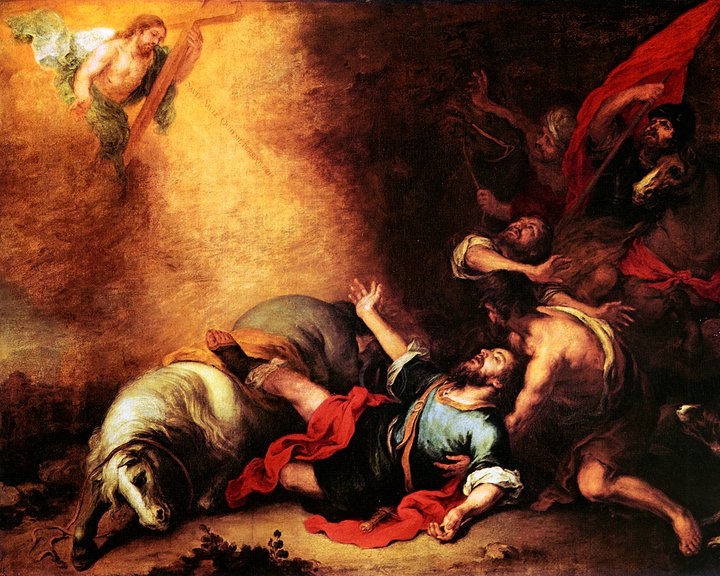 We celebrate today Christ’s winning over of the fiercest persecutor of his disciples – Saul, who will become Paul, the apostle to the gentiles. It would be wrong to present Paul as an evil man who finally finds the right path. As shown in Acts 22:3-4, Gal 1:14 and Phil 3:4-11, Paul felt the need to dedicate himself to the service of the Lord from his youth. This is why he went to Jerusalem to study the Law with the best teachers of his day. To this young man, dependable and responsible, the Jews entrusted the difficult task of eliminating from their communities the new and suspicious doctrine of the Christians. Paul was incharge of the suppression of this new ‘sect’, and yes, he does this in a very harsh way, but for the good of his religion which according to him, was true.

“Why do you persecute me?” ‘Who is this Lord who calls me a persecutor, when my only ambition is to serve God?’ Until that moment Paul felt good about his successes in the task given to him, like the Pharisee of the parable in Lk 18:9, and thanked God for having made him a dependable, responsible and active believer. Now, faced with the light of Christ, he discovers that his merits and services are of no use to God; his ‘faith’ is merely human fanaticism, his self- assurance as a believer merely disguised pride. Paul sees himself as a sinner, violent and rebellious, but at the same time he understands that God has welcomed him, chosen him and forgiven him.

This is the characteristic conversion of a militant Christian. However active we may be, we will be unable to present ourselves as witnesses to Christ, if we do not admit to being forgiven sinners. This is why there is such Christian concern for universal reconciliation. From then on, Paul was a chosen instrument of Christ to take the church to other countries, greatly aided by his exceptional personality.

Responsorial Psalm: Go into all the world and proclaim the gospel.