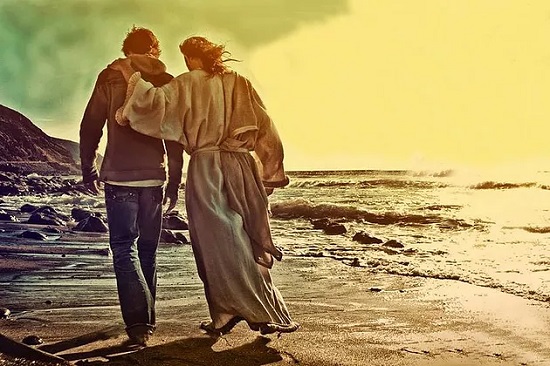 WALKING WITH GOD IN RIGHTEOUSNESS

There are many things to learn from the story of Noah. First of all, God wants us to understand that mankind had become unbelievably evil. “The Lord saw how great man’s wickedness on the earth had become, and that every inclination of the thoughts of his heart was only evil all the time” (6:5). There was no kindness in these people. They couldn’t even think clean thoughts. Unless they could hurt someone, or gain advantage over someone… they weren’t happy. Life was cheap and honor was despised. We can see evidence of this kind of thinking down through history. Just in the past century we’ve had Nazi Germany, Communist Russia, etc. These were entire societies that considered others to be worthless and disposable.

But there was one guy that refused to fit in. “Noah found favor in the eyes of the Lord…was a righteous man.” But what made Noah so righteous? The answer is found in Genesis 6:9 where we are told that: “he walked with God.” What does that mean? It meant that he spent the majority of his time with God. He didn’t just give God his weekends. Everywhere he walked, he took God along with him. Noah not only believed that God existed, he believed that God cared for him and was interested in every aspect of his life. He wasn’t just sporadically praying; he was talking to God all through the day. He practiced being with God so much that once God chose him to build the ark we’re repeatedly told that Noah “did all that God commanded him”, even when it seemed crazy to do it.

In the gospel, the apostles soon after the miracle of feeding thousands, are worried since they forgot to bring bread for their trip. How easy it is to forget what God has already done for us and to doubt what he promises to do as well. If you’re going to walk with God you’ve got to be willing to follow him all the way. Do not allow anxiety or fear to keep you from trusting in God, for he walks in life with you.

Responsorial Psalm: The Lord will bless his people with peace