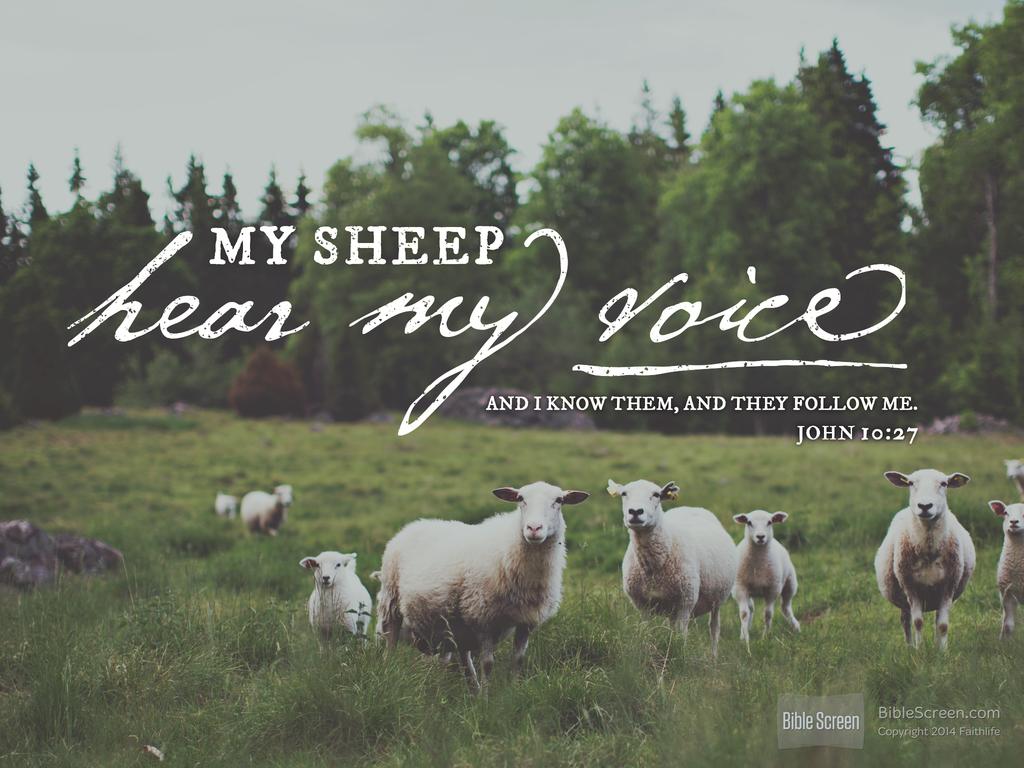 Reading 1: Acts 11: 19-26 The evangelization of the Gentiles continues. At Antioch the followers of Jesus are called Christians for the first time.

Gospel: Jn 10: 22-30 Jesus describes his followers as those who hear his voice and follow him.

HIS SHEEP LISTEN TO HIM

The beginning of today’s Gospel informs us that Jesus was in Jerusalem where the Feast of Dedication was being celebrated. It was the Jewish festival of Hanukkah. It celebrated the liberation of Jerusalem from the reign of Antiochus Epiphanes [the Syrian (Seleucid) king]. Antiochus had defiled the Temple in Jerusalem in 167 BCE by building an altar to his gods within the Temple sanctuary (cf. 1 Macc 1:54-61). In 165 BCE, under the leadership of Judas Maccabeus and his brothers, they regained control of the Temple and re-dedicated it to the God of Israel. The feast took place in December. It was marked by the lighting of lamps and rejoicing (cf. 1 Macc 1:8-9,18).

The Jewish religious authorities ask Jesus whether he is the Messiah. Jesus does not explicitly declare himself to be the Messiah. In the preceding chapters, he talks of being the source of living water (7:37-38), the light of the world (8:12), the shepherd (10:11), etc. Here, he uses the words, “the works that I do”. These refer to the works that Jesus did in his Father’s name which will provide the answer to what they are looking for since they bear witness to the Father. John points to Jesus as the true temple of God who has in himself the fullness of the divine presence.

The Jewish leaders do not believe and therefore do not belong to the flock of Jesus. In v.27, John tells us that his sheep listen to his voice, know him and follow him. This implies the Shepherd’s calling and his establishing of a relationship with them. Belief in Jesus determines who belongs to him. He will give them eternal life. He is greater than every power and therefore, no one can take them from his hand. Jesus and the Father are one and Jesus shares in the Father’s work. He was dedicated to his Father’s Will. Jesus has already embraced us as one of his flock. But, to be part of his flock is to listen to his voice, know him and follow him. Am I part of his flock?