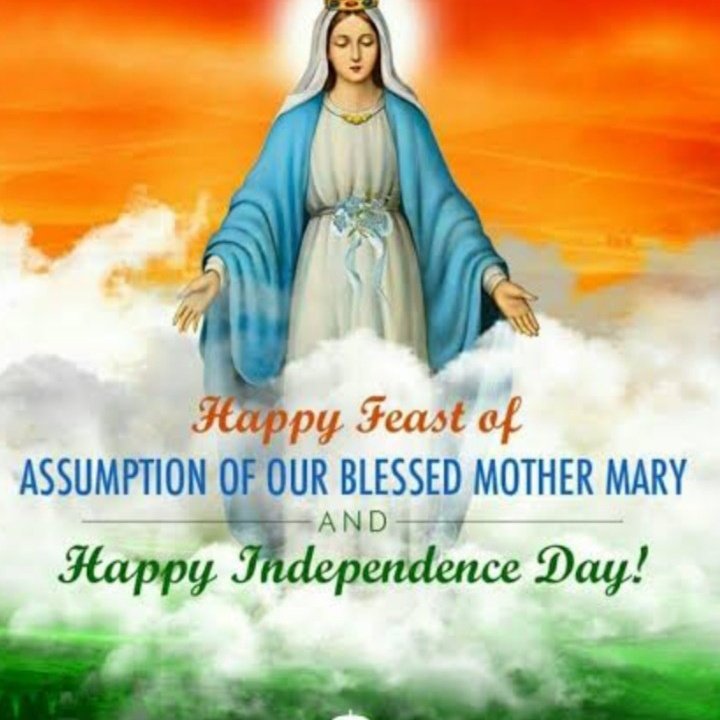 Solemnity of the Assumption of the Bl. Virgin Mary and

THE MEANING OF MARY’S ASSUMPTION

The Catholic Church teaches as dogma that the Virgin Mary “having completed the course of her earthly life, was assumed body and soul into heavenly glory.” This doctrine was dogmatically defined by Pope Pius XII on November 1, 1950, in the Apostolic Constitution Munificentissimus Deus, while exercising papal infallibility. But Pope Pius was not declaring the belief in the Assumption as something new. There is written evidence of the belief as early as the 4th century in texts that covers several different languages and a fairly wide geographical dispersion.

The teaching of the Assumption of Mary became widespread across the Christian world, having been celebrated liturgically as early as the 5th century in the East. It was celebrated in the West under Pope Sergius I in the 8th century and Pope Leo IV then confirmed the feast as official. The theological debate about the Assumption continued, following the Reformation, climaxing in 1950 when Pope Pius XII defined it as a dogma for the Catholic Church. Pope Pius took advantage of the modern means of communication available in his time and asked bishops worldwide to tell him what the people believed and practised – the sensus fideum (the sense of the faithful). The dogmatic declaration that the Assumption was part of the “deposit of faith” for all Catholics was just the formal declaration of what the faithful already believed and practised.

The doctrine of Mary’s Assumption is based on what is called a theological conclusion because of indirect references to it in the Scriptures. The angel Gabriel declared Mary to be “full of grace” and “God’s highly favoured daughter.” Mary conceived Jesus, the son of God, by the power of the Holy Spirit as a consequence of accepting God’s plan for her. Jesus declared blessed those who heard and kept the word of God, as Mary was faithfully doing. After this manner, the Blessed Virgin advanced in her pilgrimage of faith and faithfully persevered in her union with her son unto the cross, where she stood, in keeping with the divine plan, S grieving exceedingly with her only begotten son, uniting herself with a maternal heart with his sacrifice, and lovingly consenting to the immolation of this victim which she herself had brought forth. All these biblical statements, and others, led the Church to conclude that because of her role as mother of the Messiah, Mary would be preserved from original sin and its consequences. Her freedom from sin was accomplished by reason of Jesus’ foreseen redemptive death on the cross. As such, it would not be possible for Mary, whose womb carried the son of God, to suffer the corruption of the body that all people experience after death.

The second half of Psalm 132, a liturgical psalm commemorating the return of the ark of God to Jerusalem and lamenting its subsequent loss, says that the loss will be recompensed in the new covenant, and so it is hopefully prayed, “Arise, O Lord, into thy resting place: thou and the ark, which thou hast sanctified.” Since the Church sees this ‘ark of the new covenant’ in Mary, it understands that she was taken into heaven in the same manner as the Lord – that is, body and soul. The Immaculate Virgin, preserved free from all guilt of original sin, on the completion of her earthly sojourn, was taken up body and soul into heavenly glory, and exalted by the Lord as queen of the universe, that she might be the more fully conformed to her son, the Lord of lords and the conqueror of sin and death.

St Elizabeth of the Trinity wrote in her Souvenirs:

“When I shall have said my ‘it is finished’, it is Mary – Gate of heaven – Who will introduce me into the eternal courts, whispering to me the mysterious words; ‘I rejoiced … we shall go into the house of the Lord. Toward him O Mary, handmaid of the Lord, keep my glance thus fixed on my God! Let it adore him; let it be united to him, to abide in thrice holy God. Let it sing in life, in death, in time and in eternity, the hymn of glory: Holy, Holy, Holy is the Lord God… O my God, Trinity whom I adore…”

Response: On your right stands the queen in gold of Ophir.