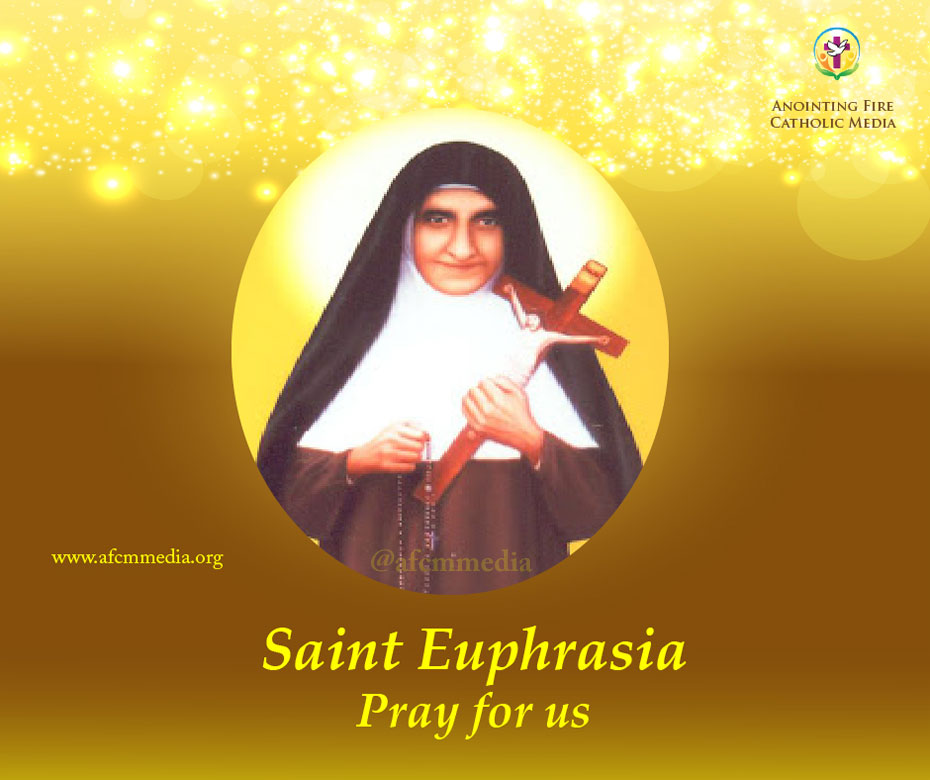 GOD REVEALS HIMSELF TO THE HUMBLE OF HEART

Today, the Church in India remembers St Euphrasia, an Indian Carmelite nun. During her life on earth, she was known as the “praying mother”, a title given by the common people who found her sitting in prayer for hours before the tabernacle. Her sole concern was to live a life of union with her heavenly bridegroom. She was a wise virgin with a lighted lamp always watchful for the coming of the bridegroom. She enjoyed marvellous freedom resulting from her intimate friendship with Jesus.

The first reading is a reminder and assurance about the definitiveness of the second coming of Jesus. People had slowly started to forget about the second coming. The apostle invites the readers to be watchful for the day when the living will be carried into heaven for the solemn welcoming of the heavenly bridegroom. Along with being watchful, one requires the right attitude as well, in order to see. We see a different turn of events in the gospel. Jesus was given the text of Isaiah, which directly introduced the Messiah to the people. Now, without doubt, Jesus was respected in his hometown. This we know from the actions of the people when he stood up to read the Scriptural passage. They gazed at him, eagerly watchful for God’s message to them through this wise man. He was accepted as a rabbi, who could read and interpret Sacred Scripture, despite not being from the tribe of Levi or from the priestly families of Jerusalem. The whole congregation waited to hear him. Yet, they weren’t ready to hear what he had to say, because they didn’t have the right attitude. They weren’t ready to accept him as more than just a wise man who had some refreshing things to say. They weren’t ready to accept him as greater than them, as the Messiah appointed by God to rule over them (as they understood it.) We see how their actions become contrary in the end, to what they were in the beginning.

Response: The Lord comes to judge the earth.