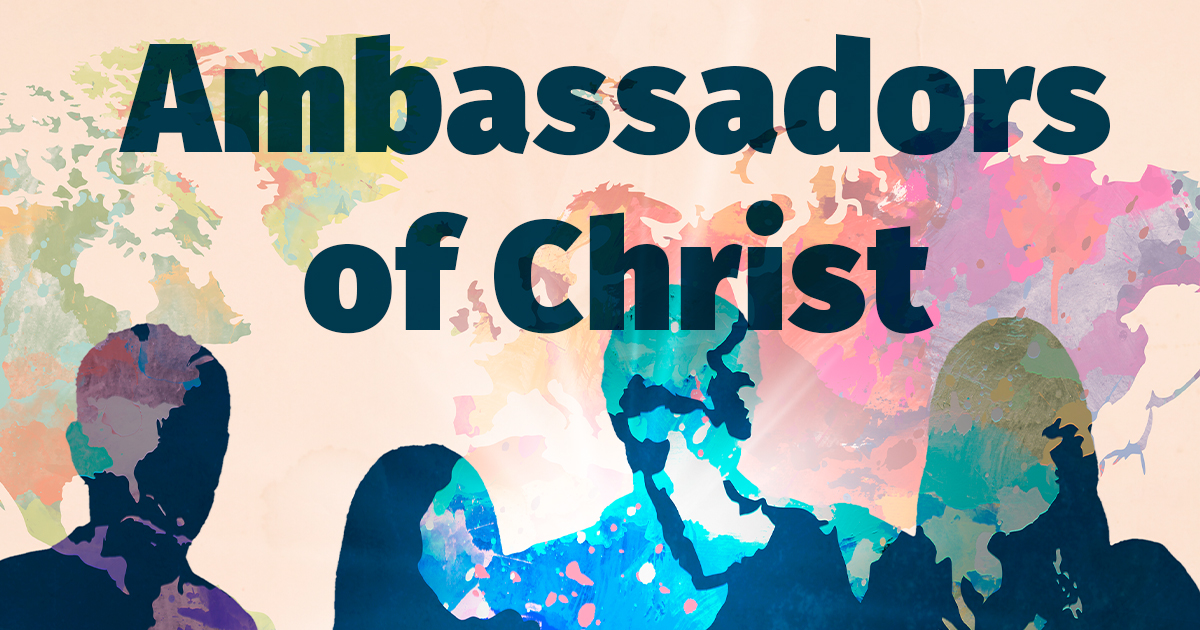 A CHRISTIAN IS AN AMBASSADOR FOR CHRIST

The Gospel places before us the scene of Jesus choosing his twelve apostles. It is interesting to see why he chose them, because for those same reasons, he still chooses people today. We find the answer in the gospel of Mark. “He chose them to be with him and to be sent out” (Mk 3:14). Firstly, he chose them to be his friends. And secondly, he chose them that he might write his message upon their hearts. They were to be his living books. The Greek word apostolos means someone who is sent out. It can be used for an envoy or an ambassador. Thus, they were to be his ambassadors to the people.

Who were these apostles? They were ordinary men. There was not a wealthy, nor a famous, nor an influential man among them; they had no special education; they were men of the common folk. It is as if Jesus said, “Give me twelve ordinary men and I will change the world.” The work of Jesus is not in the hands of men whom the world calls great, but in the hands of ordinary people like ourselves. We are chosen by our God through our baptism. This divine choice is not of our merits but his desire. We do not know why we have been chosen, but his is the purpose and the plan; this we see in every chosen individual in the scriptures.

A Christian is sent into the world to be an ambassador for Christ, not only by words but by his life and deeds. An ambassador is a spokesperson for his country and, must be careful not to offend but to entreat and encourage. The Apostles placed the good of others at the forefront of everything (1 Cor 10:32,33). Therefore, we, who are chosen by Christ to be his apostles, to be the witness of his love, need to be united to him through our spiritual communion. The mission is neither small nor easy. All we know is that it comes to an end only when the whole of creation is reconciled to the creator. This was the purpose of Christ’s coming into this world, and his death on the cross.

Response: How good is the Lord to all.