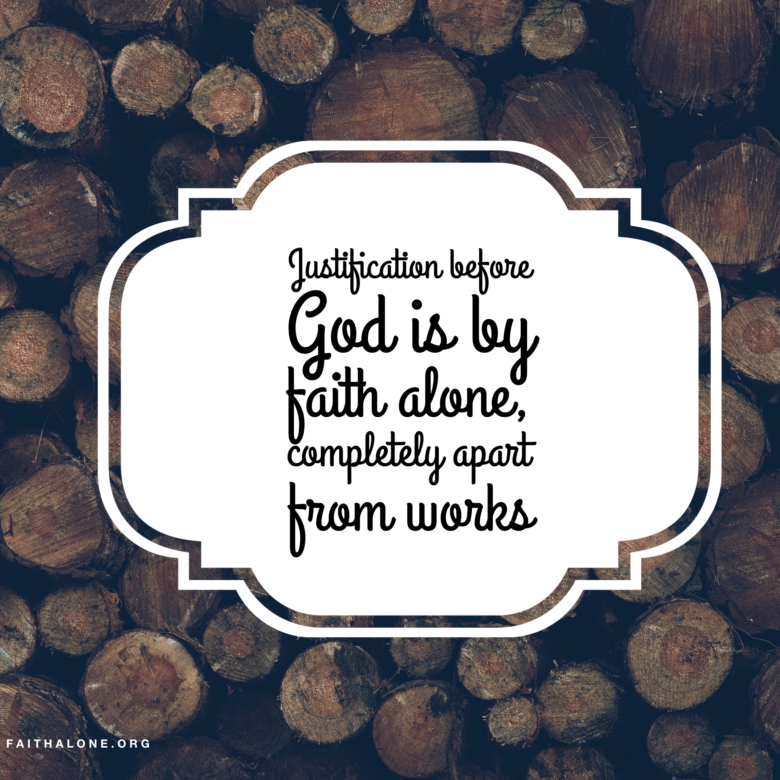 Today’s first reading is to be understood in the context of the condemnation of the entire sinful human race found in St Paul’s letter to Romans (1:18–3:20). After which, we see a dramatic shift from condemnation to justification (3:21). Justification is the complete opposite of condemnation. The first time the word “justification” or “justified” appears in the letter (3:24) is in “being justified as a gift by his grace.” To this point, everything in this letter has been the preparation for this extraordinary truth of justification.

Amidst many points Paul makes two aspects stand out. The first is that justification is apart from the law. It means that the righteousness we desperately need cannot come by our attempt to keep the law. This righteousness cannot be achieved by our keeping the Ten Commandments. There is no way by our efforts that we can meet the high mark that God requires to enter into heaven. We are not going to be measured against the morality of other people but the perfection of God.

Second, Paul says that righteousness is a gift, “Being justified as a gift by his grace.” We must remember the difference between wages and a gift. Wages are that for which one works hard, one earns, and can rightfully claim. On the other hand, a gift is freely given and is solely based upon the generosity of the giver. God gives his righteousness freely to those who have done nothing to work for it. They have no merit of their own, no basis by which to make any claim on his perfect righteousness. They are weak, fallen sinners who have done nothing to work for it. They have done nothing to deserve it. On the contrary, they, in their life, have done everything to deserve condemnation. But God freely gives an undeserved gift. He gives his righteousness as a free gift, because someone else (Jesus Christ) has already paid for it, in full. Therefore, justification is a gratuitous gift.

Response: For with the Lord there is mercy, in him is plentiful redemption.