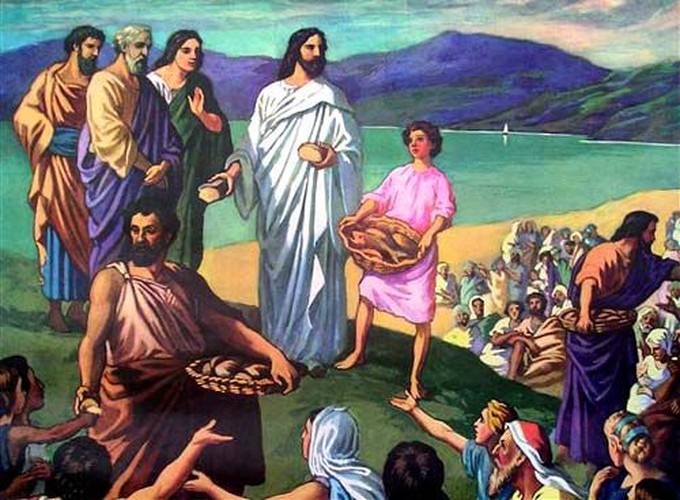 When a person steeped in the world’s wisdom steps back and takes an objective look at what we believe about Jesus Christ, Christianity comes out looking pretty absurd. Setting aside the rationalistic explanations of most of its dogmas, even the simplest actions of its founder Jesus might baffle the minds of some of those who encounter him solely in biblical narratives and not in person! And not just today, people then too were caught unawares for sure!

Consider the readings of today. In the first reading, there’s Peter and the rest of the apostles flogged for speaking in the name of Jesus; yet, they leave the Sanhedrin happily celebrating their suffering. In the Gospel, we witness Jesus fleeing from the crowds seeking to make him king, to a lonely mountain. Today the Catholic Church remembers St Catherine of Siena, an activist, mystic of the XIV century, who received spiritual graces like visions and the stigmata. Yet, she didn’t want fame for this, but longed to suffer for Christ which she gladly did! Why deny fame and seek suffering? Well, the answer is this. ‘Credo quia absurdum est’ – I believe because it is absurd! And in believing in the absurd, we become fools for Christ.

Absurdity forms the core of Christianity. In a world of riches and extravagance, we preach poverty of spirit. In a world of sensuality and greed, we believe in chastity and modesty. In a world of meaninglessness, we trust and believe! And that’s what Christianity is because we follow Christ crucified, “a stumbling block to Jews and folly to Gentiles” (1Cor 1:22-23).

Jesus brought in a revolution. Through his life and preaching, he exalted the virtues of forgiveness, meekness and mercy. He chose to be poor, suffer and die. Such acts from the Lord of the universe unsettles several minds. Yet, behind this absurdity lies a message so profound, that which seems to make no sense at all, is in fact the most essential truth!

Response: There is one thing I ask of the Lord, to live in the house of the Lord.