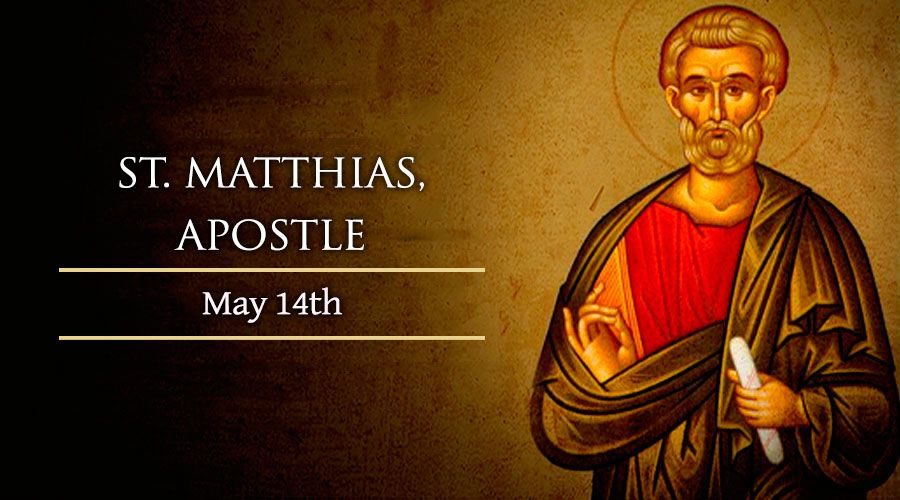 WE ARE CALLED TO BE APOSTLES

Today is the feast of Saint Mathias who took the place of Judas among the Twelve. In the first reading, we hear how he comes to be chosen as an apostle. In response to Peter’s invitation, the Christian community proposed Mathias’ name along with that of Barsabbas as a replacement to Judas. The only criteria was that he must be one who accompanied them the whole time the Lord Jesus came and went among them and who became a witness to his resurrection.

The final choice was left in the hands of the Lord. This means that Mathias was one of those who had seen Jesus, heard him and witnessed his miracles. He was one among those who followed Jesus till the end. Furthermore, he was with them when Jesus revealed himself after his resurrection. The lot fell on him and he was chosen to be an apostle and to proclaim Jesus to the world. Jesus tells us plainly that we have not chosen him; he has chosen us because he loves us, not as servants but as friends. And as his friends, he has made known to us all that he learned from his Father. Besides, he laid down his life for us, his friends, manifesting the measure of his love on the cross.

Like Saint Matthias, we too are chosen by the Lord to be his friends, and to manifest his love to the world through our words and works. Matthias, though not chosen as one of the twelve apostles right at the beginning but later, embraced the choice of the Lord wholeheartedly and stood firm in his calling to be a witness to the resurrection even unto death. Do we realize that by our baptism we are called and chosen to be apostles? Are we faithful too, to this choice of the Lord for us, determined to be witnesses to his love? Let us ask Saint Matthias to intercede for us that we may be hardworking labourers in the vineyard of the Risen Lord.

Response: The Lord set them with the princes of his people