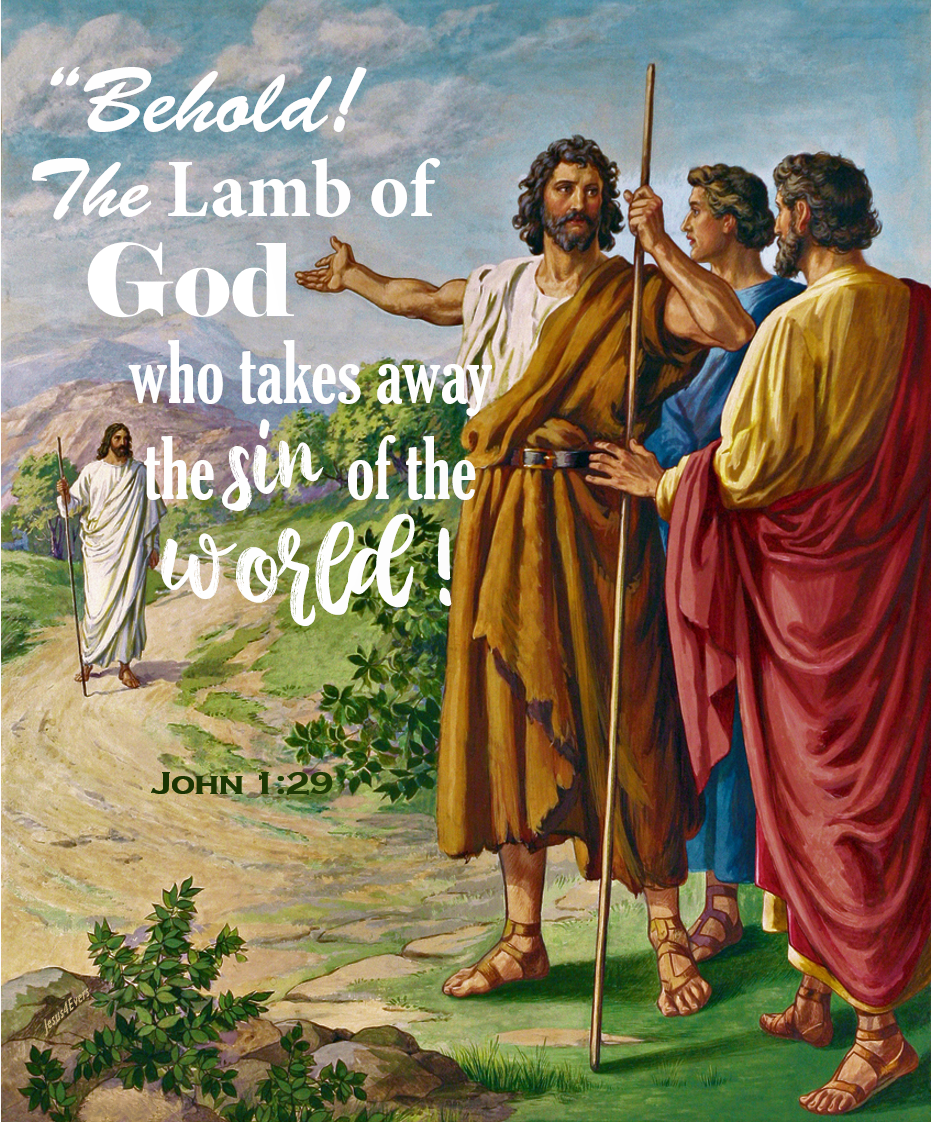 THE LAMB OF GOD WHO TAKES AWAY OUR SINS

The liturgy of the day invites us to reflect upon Jesus, the Lamb of God who takes away our sins. A question might arise, as to why John the Baptist calls Him the Lamb, instead of Saviour. John the Baptist being a Jew knew well that the central feature of the Jewish Passover was a lamb. It takes them to Egypt where they were in slavery. The Lord allowed the tenth Plague which would liberate the people of Israel from their slavery. An unblemished lamb is to be sacrificed and its blood is to be painted on the doorpost. Every household whose doorpost was thus painted was protected from the last plague. This is how the Israelites received their liberation. An image of the Lamb is also presented by the Prophet Isaiah (53:7) who presents the Suffering Servant of the Lord as a lamb, who lets himself be sacrificed without any complaint to set free His people.

These two incidents from the Old Testament indicate why John the Baptist called Jesus the ‘Lamb of God.’ Jesus like a lamb, innocent, unblemished and meek, is to be sacrificed to bring salvation to the whole of humankind. Pope Benedict XVI states that John the Baptist, by calling Jesus the Lamb of God, presents the theology of the Cross – meaning to say His suffering, death and resurrection. More deeply, Pope Francis emphasizes the word ‘takes away’ – meaning to say ‘who takes upon Himself’. Thus, this Lamb of God takes upon Himself the sins of humanity. He the Lamb of God is innocent, unblemished and meek.

We are also invited to be innocent, unblemished and meek so that where there is malice we can spread innocence, where there is pride – humility, where there is sin – holiness and where there is hatred – love. Thus, we too might become the lamb of God who takes away the sins of the other. By doing so, we may become another Christ – ‘Alter Christus’.

Response: All the ends of the earth have seen the salvation of our God.